WINTER TRAVEL SEASON HAS ARRIVED – Thanksgiving has come and gone, which means the winter holidays aren’t far behind. This also marks the start of the busiest time of the year for jet charter travel – we see 30-60% more flight requests between Dec-Feb than any other period.

Though demand always picks up this time of year, the supply of available aircraft is essentially the same. To ensure that the best aircraft to meet your needs is available, at the right price – contact Priority One Jets as soon as you can! 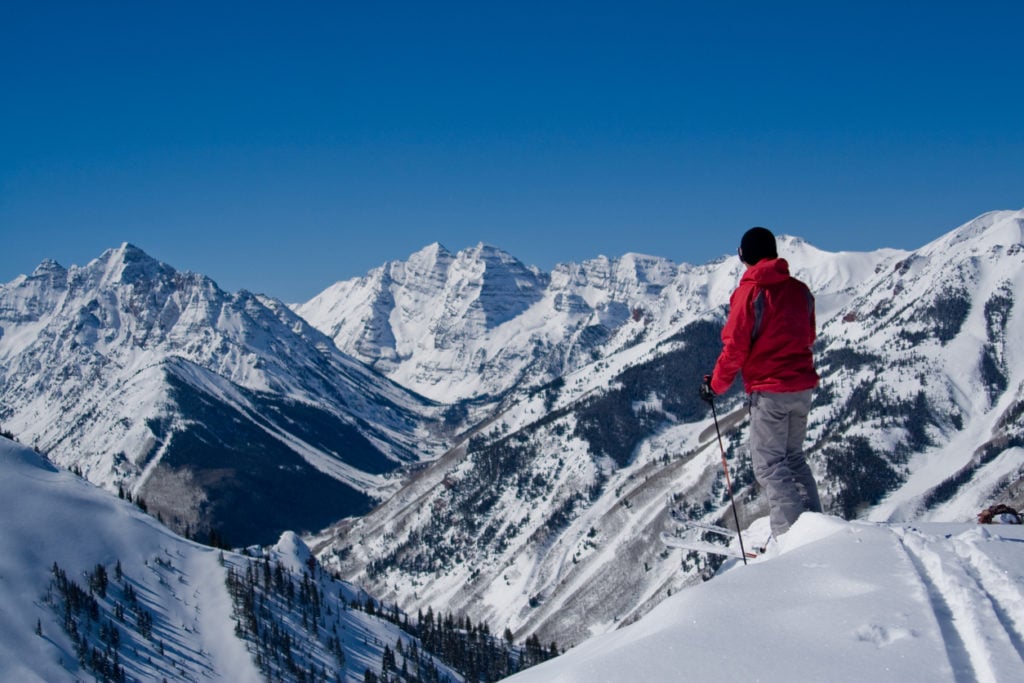 Many winter resorts in the US open around this time as well. Ski season typically runs from mid-November until early April (weather permitting!) – so a good % of our charter requests will come from travelers looking to hit the slopes of Aspen, Vail, Whistler, Park City or Jackson Hole.

Flights to and from airports in mountainous areas like the Rockies can be challenging for several different reasons.

HIGH ALTITUDE AIRPORTS – CHALLENGE #1: WEATHER – The most obvious issue for high-altitude airports is weather, especially during the winter.

The higher elevations are known for extreme weather patterns and rapidly fluctuating temperatures. Average lows are about 10-15 degrees colder than elsewhere in the country, and it can snow at almost any time of the year.

Freezing precipitation can pose numerous threats to safe flying. Winter storms and heavy snow can greatly reduce visibility for the pilots and airport ground crews. And as snow, ice or slush buildup on airport runways, they increase minimum takeoff and landing distances for private jets – potentially making safe landing at an airport difficult.

In those situations, planes may need to be re-routed to other airports. Even in the best-case scenario, these conditions increase the time needed for flights to safely take off and land which causes air traffic delays.
Modern airplanes are designed to be as aerodynamic as possible. But when ice forms on aircraft, it changes the shape of the wings and tail – which alters the flow of air over the plane and how it handles. Controls can become slow and unresponsive, or the plane may handle in unpredictable ways.

The additional weight of the ice and drag can make it more difficult to takeoff. Ice can cause moving parts to freeze up and stop operating properly, or large chunks can break loose during flight and be ingested by the engines or hit the propellers.

Air charter routes that fly along or through mountain ranges like the Sierras, Cascades, Appalachians and Rockies frequently encounter these icing conditions. To avoid these dangers de-icing any aircraft prior to departure during these weather conditions is vital, which can take extra time and cause possible delays.
As frustrating as aviation delays due to winter weather are for private jet travelers, they are sometimes unavoidable.

Telluride Regional Airport (K-TEX) is the highest-elevation commercial airport in the US, at 9,078 ft above sea level. It also features 1,000-foot cliffs on both ends of the runway – and is known for strong wind currents and vertical turbulence which make takeoff and landing difficult during the winter months!

CHALLENGE #2: GEOGRAPHY – In addition to weather, geography can also present a major issue for mountainous airports.

Runways obviously need long stretches of flat land, about 6,000 feet for small aircraft and 10,000+ feet for the largest ones. But this much space isn’t always available in certain terrain like mountains; islands and airports built in heavy population centers have the same issues.

Some airports get around these restrictions by shortening the runway, but this also limits the size of aircraft that can safely operate there and reduces a pilot’s room for error. Even if the runway is standard length, the approach path may also be shorter or at a steep or odd angle because of obstacles (mountains).

Space limitations can affect operations in other ways. Aspen-Pitkin County Airport (K-ASE; also called “Sardy Field”), is a public airport about three miles NW of the business district of Aspen, Colorado. One of the most well-known towns and ski resorts in the Rocky Mountains, Aspen is a popular destination for private jet charter travelers every year. Though the runway has been lengthened to a standard size (8,000 ft), the separation between runway and taxiway is smaller than usual – so ASE has aircraft wingspan and weight limitations not found at other airports.

If winter weather affects your flight, the pilots, air traffic controllers and your Priority One Jets agent will work together to find an alternative solution without compromising the safety of your flight.
To avoid snow and ice weather delays, we sometimes utilize larger, metropolitan airports during the winter months, as they typically have the necessary equipment to plow snow quickly off runways and can provide hangar facilities to prevent ice from forming on aircraft overnight.

But when weather causes your original flight plans to be canceled or delayed, our experienced agents can also provide you with plenty of back-up options among the thousands of airports worldwide that we take advantage of, including those near to your destination with more favorable weather conditions.

Priority One Jets specializes in arranging airplane charters to all destinations around the globe, domestic and international. Call one of our jet charter experts today at 888-671-5387. We’re available to you 24 hours a day, 7 days a week, and can have your jet ready for departure in as little as four hours’ notice.